The vineyards around the Brancaia hill are in the municipality of Castellina in Chianti, at 200 to 250 meters above sea level. They face south and southwest, with a slope of 0 to 10 degrees. There is a continental climate – hot summers with maximum temperatures of over 40 degrees Celsius and cool winters in which the thermometer sometimes falls below zero. The vines are rooted in a clay soil that contains equal proportions of sand, silt and clay. The depth of the soil gives the vines a high level of resistance to drought with average soil fertility. In Castellina we grow 62 percent Sangiovese, 25 percent Merlot, 8 percent Cabernet Sauvignon and 5 percent Sauvignon Blanc – without irrigation. 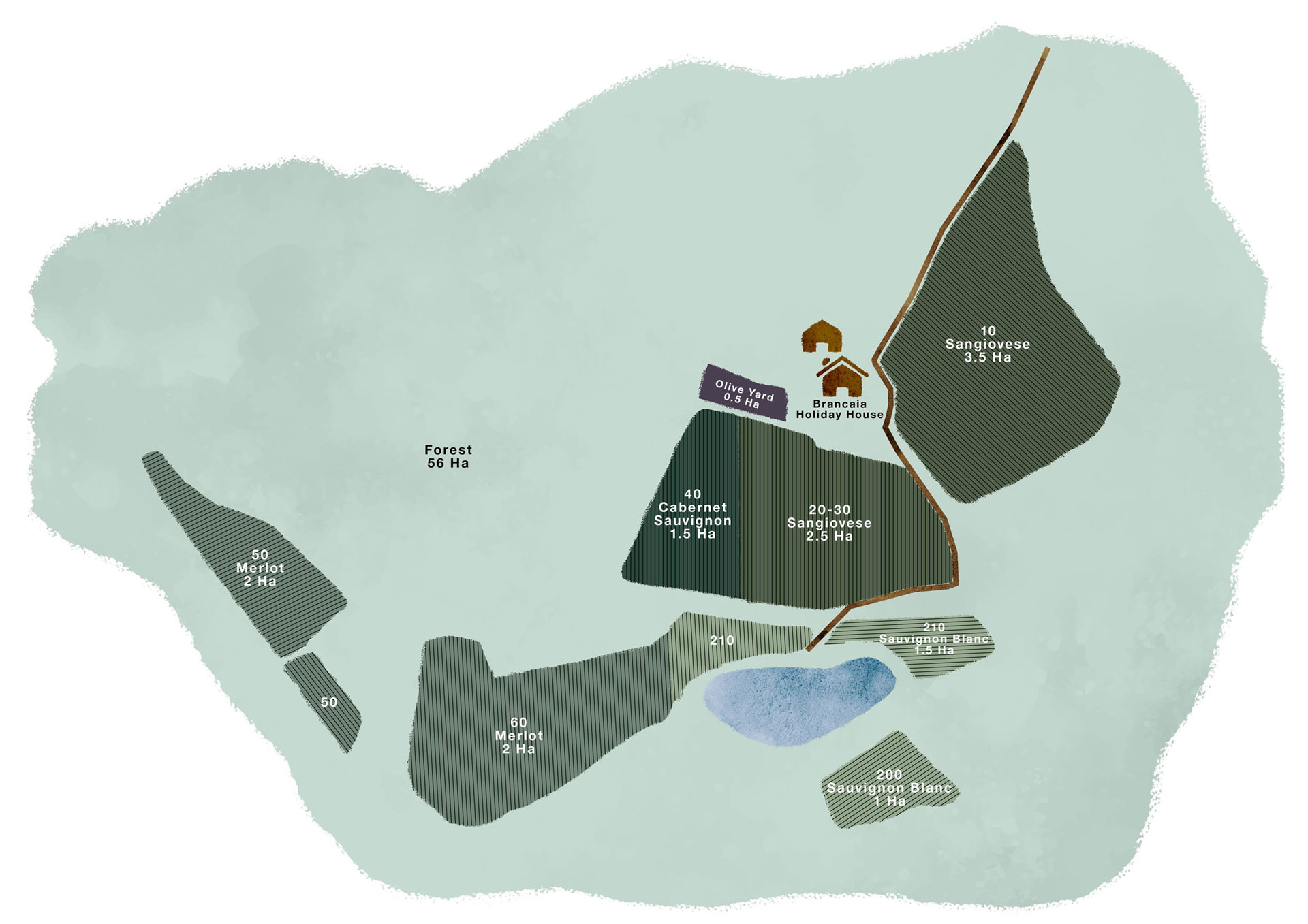