The Brancaia vineyards in the Maremma have a west to south-west orientation and a slope of 0 to 12 percent. They are located in the territory of the municipality of Grosseto and range from 75 to 175 meters above sea level. The predominant Mediterranean climate here is strongly influenced by the Mediterranean Sea, which is only ten kilometers away. Summers are usually very hot, while winters are mild. Day and night temperatures differ comparatively strongly. There is almost always a sea breeze blowing in the Maremma. The sandy loam soil consists of two thirds of sand and one third of silt and clay. The rock fraction in the soil shows a medium degree of fragmentation with medium fertility, which is characterized by a high drainage potential. 30 percent Cabernet Sauvignon, 27 percent Sangiovese, 16 percent Petit Verdot, 12 percent Merlot, 11 percent Cabernet Franc and 4 percent Viognier thrive here. Only Sangiovese and Merlot require irrigation in phases. 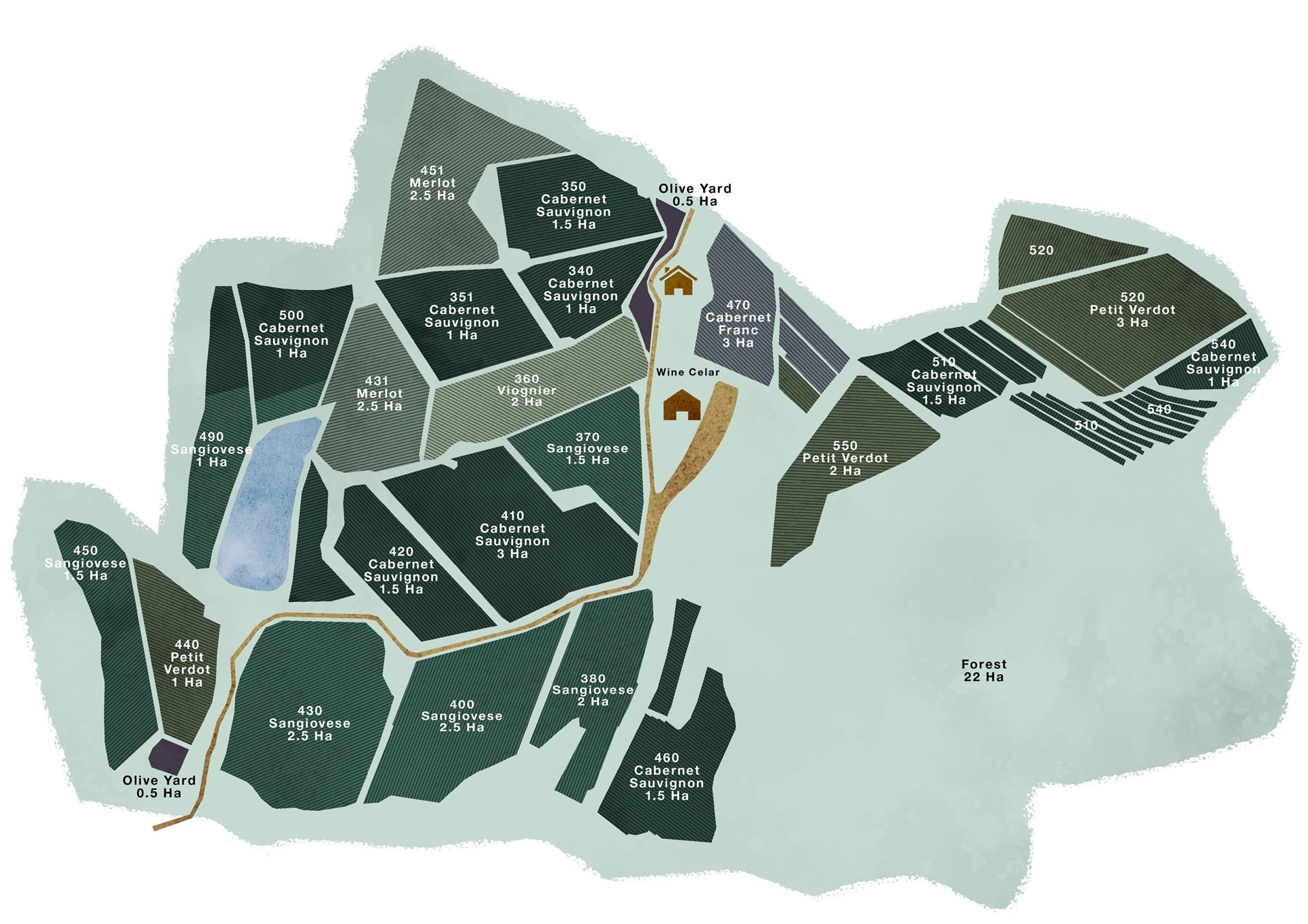